Framing the question: In descriptive statistics, the question usually takes the form: Where is the center of crimes? What is the overall direction of storm tracks?.

In inferential statistics, the analysis is stated as a hypothesis and that takes the form: Burglaries are more clustered than auto thefts. To ensure impartiality, statisticians often frame the inverse of what they intend to prove as the hypothesis. Thus the same analysis would be framed as Burglaries are not more clustered than auto thefts (called null hypothesis) and they determine whether or not to reject this null hypothesis.

Spatial data types: Geographic features are spread in space. Their location can be analyzed based on their location or using location influenced by an attribute value. Thus, geographic features are either discrete or spatially continuous. Discrete features can be locations of stores, weather stations etc. and are represented as Points. Lines can be disjunct (animal migration routes) or connected, as in a network (streets). Spatially continuous features such as temperature, precipitation are measured anywhere and everywhere. Such continuous field data are represented as a Polygon or as a surface.

Below are some of the common distributions seen in geography:

This kind of distribution occurs for phenomena where values are similar, but some are higher and some are lower. The frequency curve of normal distribution takes shape of the classic symmetrical bell curve. Given enough readings over time, most values will cluster toward the mean.

This distribution occurs when extreme events like large magnitude earthquakes occur in time and space. When events are random, there will be a few periods when many events occur, followed by several periods where no or very few events occur. For this distribution, mean number of events is often $\mu < 1$ and probability of no events occurring is higher. 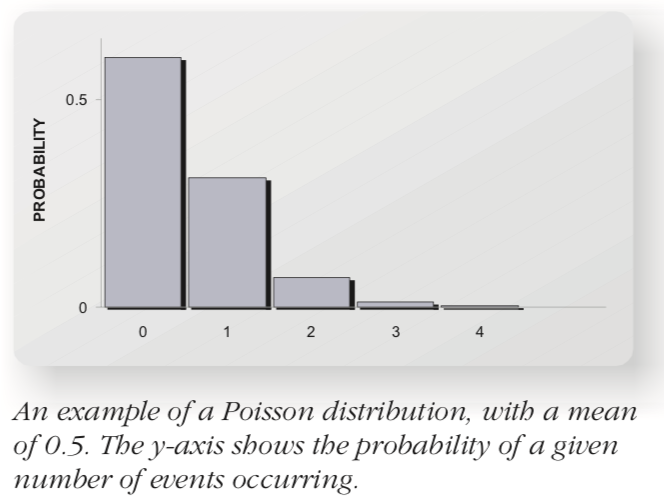 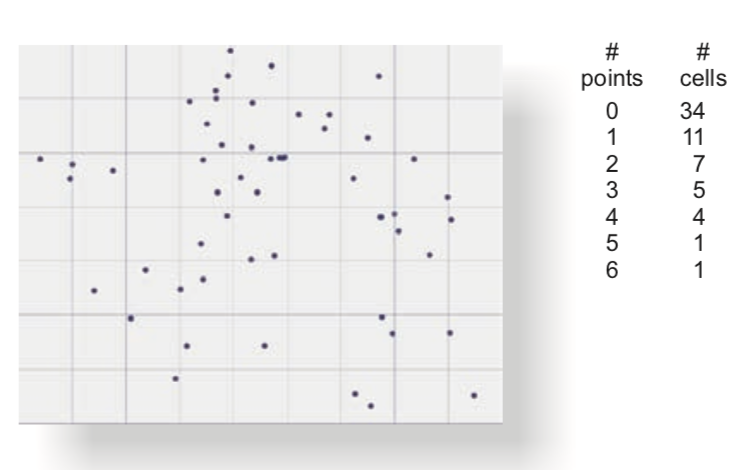 You can overlay an imaginary grid over your features, count the number of points / features in each cell. Then you compare this metric against a hypothetical even distribution of same features and test for significance.

You can measure the distances between each feature and its neighbors (after defining a neighborhood threshold) and plot the frequency distribution of the distances.

In traditional statistics, you define centrality using mean, median and mode. Similarly, you can define mean center, median center and central feature in a geographic distribution.

Mean center is obtained by averaging the X and Y values. Median center is calculated by identifying the X and Y coordinate that has the shortest distance to all features. Central Feature is the feature that has the shortest distance to all other features. Note, mean and median center may or may not fall on the coordinates of an existing feature, but central feature will.

In practice, you generally want to weight the features when measuring the centrality. This becomes particularly important with continuous area features. Since they are continuous, you are not as interested in centrality, but on centrality determined by some attribute value (weight).

In case of lines and polygon features, the centers and centroids are used and the mean center is calculated against those point values.

Median center does not have an exact formula. Instead, the GIS calculates the mean center first, then adjusts it iteratively with slight changes until it finds the median center. It performs gradient descent to find the appropriate median center. To find the weighted median center, it uses the same technique, except, it multiplies the distances with the weight of the corresponding features.

Reiterating the fact that weighted centers are better for area features, see the case below: When polygons are of varying sizes, the central measure is automatically pulled toward the direction with multiple smaller polygons. This is because, polygons are converted to centroids when calculating distances. To offset this, calculated weighted center 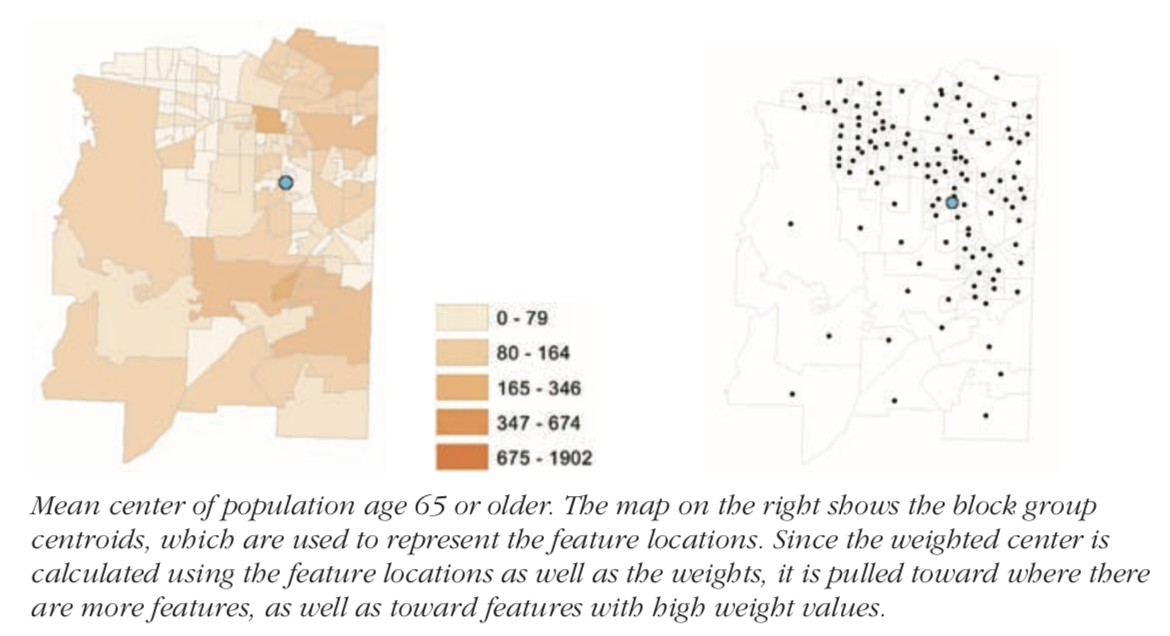 For non-spatial datasets, the dispersion around the center is measured by variance and standard deviation. These values gives you the ability to compare compactness of distributions. Similarly, for spatial datasets, the standard distance, which is the average distance by which features vary from mean center gives a measure of compactness. It is also called the standard deviation distance.

The formula to calculate standard distance with just distances of features to mean center is below:

Note that it looks very similar to calculating SD, except it sums the variance along X and Y and then takes the square root of their sum.

When weights come into picture, you do a weighted average of the deviation along X and Y as shown below:

Weights are typically some numerical attribute (such as population if features are polygons, number of entities if features are lines or points). Further, the compactness measure works well if there no directionality in the dataset.