A model is set to be over fitting, when it performs exceedingly well on training data but poorly on validation/test data. Such a model typically is of higher order and having a high variance.

The image above shows 3 models, the one of right is over fitting and the one on left is under fitting (has a high bias). Under fitting can happen when the model is too simple or uses too few features to model the complexity. A overfitting model has high variance because if you change or shuffle the input training set slightly, the model changes dramatically. In other words, it has high variability depending on the input set. 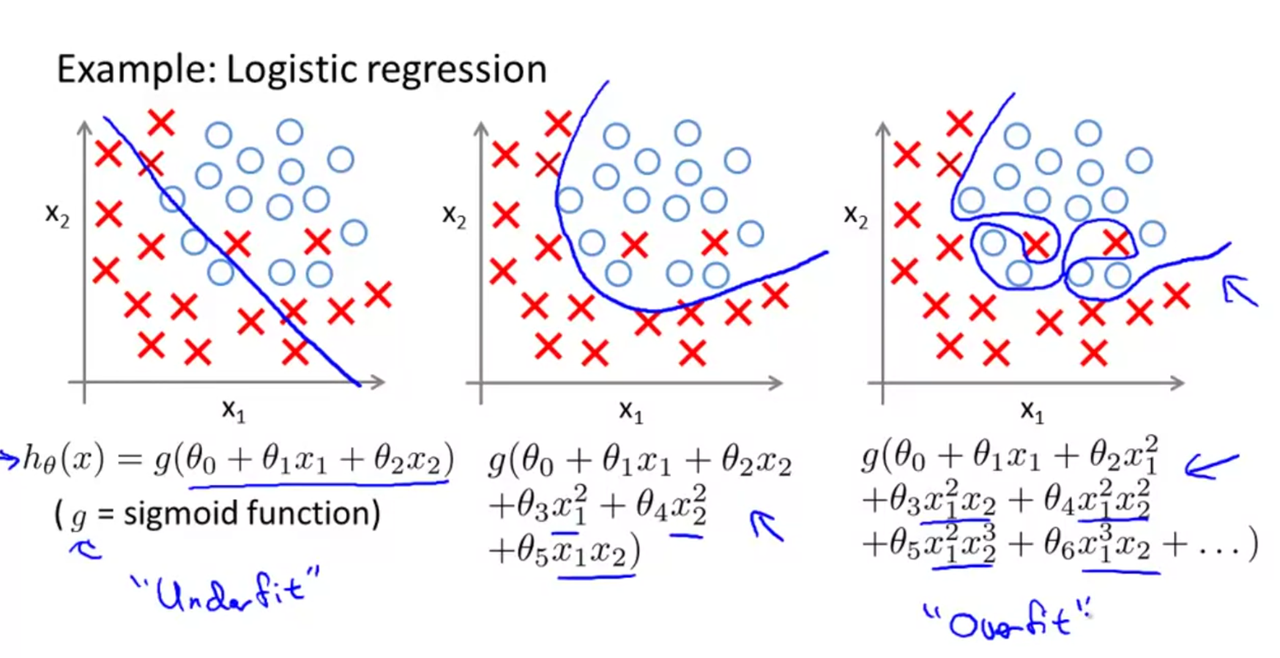 The graphic above shows the different levels of fit for logistic regression.

In the equation above, the $\theta$ was squared in the regularization function. This is L2 regularization, aka. Ridge regression. Remember this as L2 squares the coefficients ($\theta$) attached to $\lambda$.

Whereas, in the case of L1, the absolute value of $\theta$ is used. L1 is also called Lasso regression which stands for Least Absolute Shrinkage and Selection Operator. The same cost function for lasso would look like the below:

Mathematically, we don’t penalize $\theta_{0}$. However in practice, it makes little difference if you penalize all coefficients or if you ignore the intercept.

Computing the gradient descent for this new loss function, we get:

The cost function of a non-regularized logistic function looks like

The gradient descent for logistic regression with regularization is identical to that of the linear regression explained earlier, except that, the hypothesis function is a sigmoid.