A logistic regression is a binary classification alogrithm. Its values are 0 for false cases and 1 for true cases. Before talking about logistic reg, let us consider why not to use linear regression for classification. We could hypothetically use linear reg to predict class probabilities and could theoretically set a threshold, (usually 0.5) above which we group to Class 1 and below which we group to Class 2. However this system has flaws. Consider the graphic below: 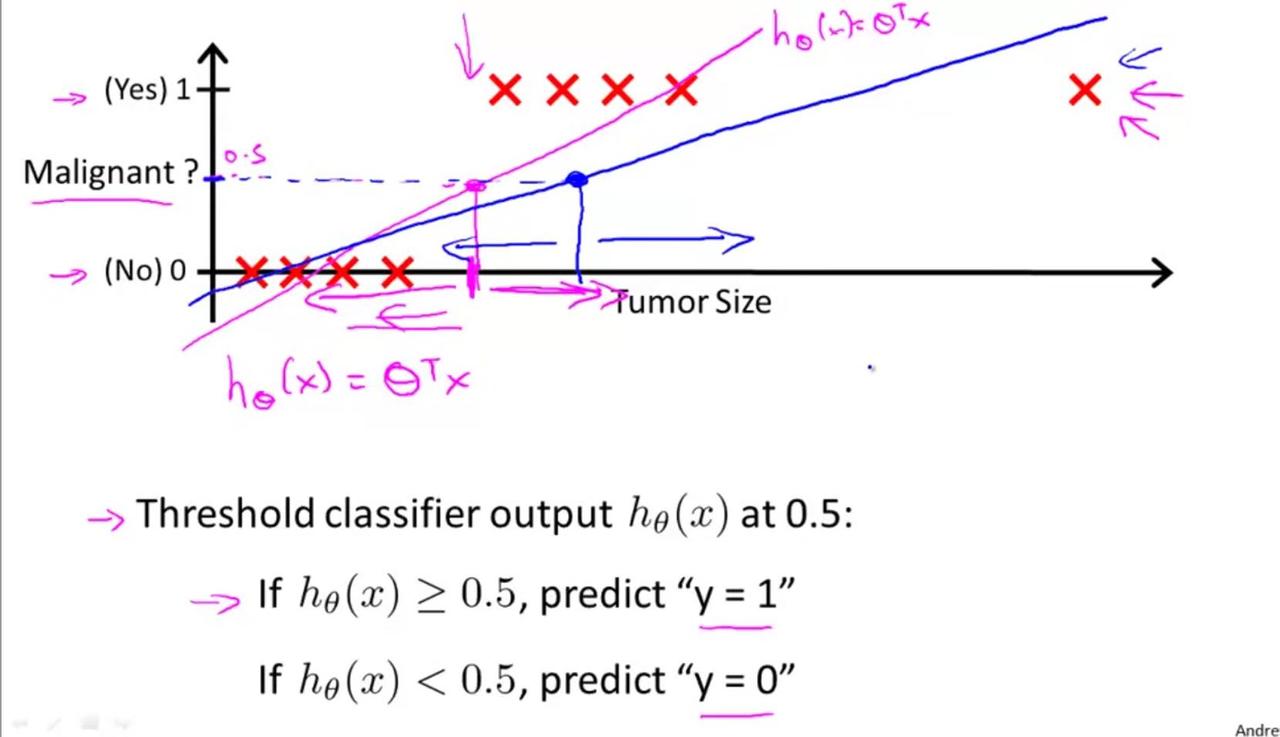 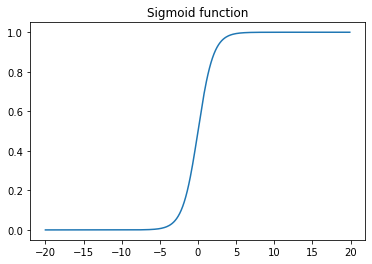 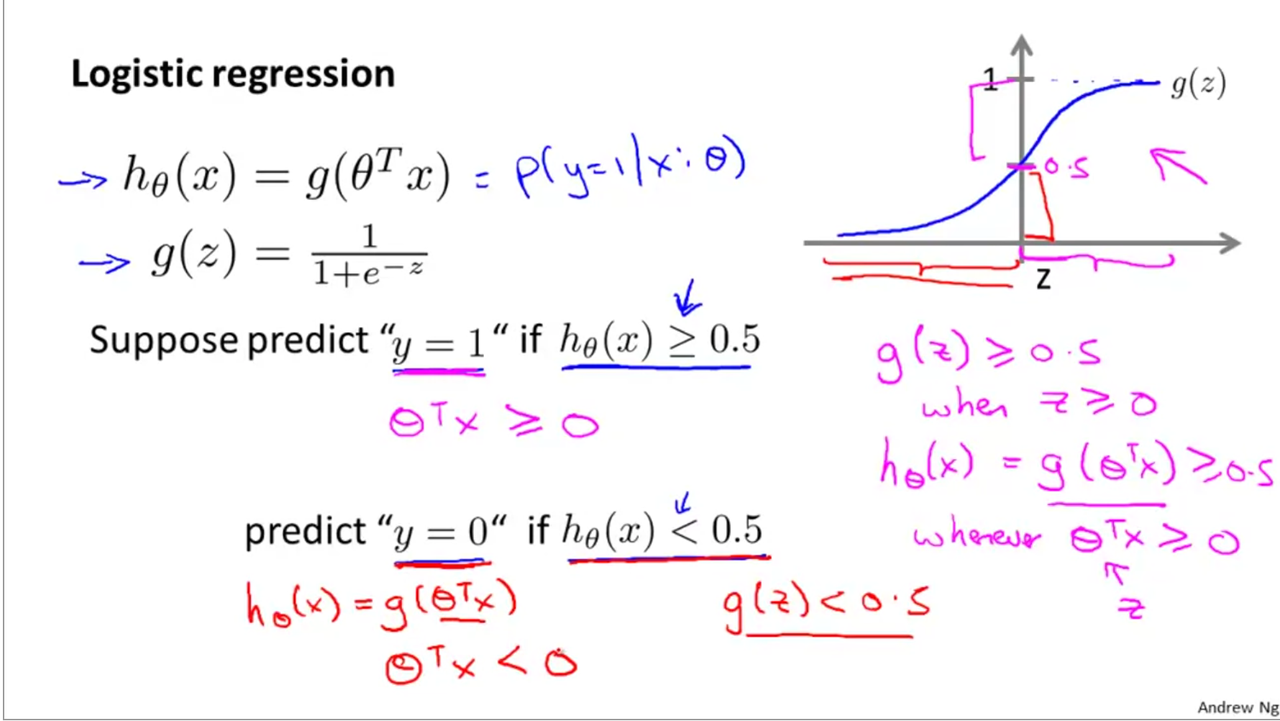 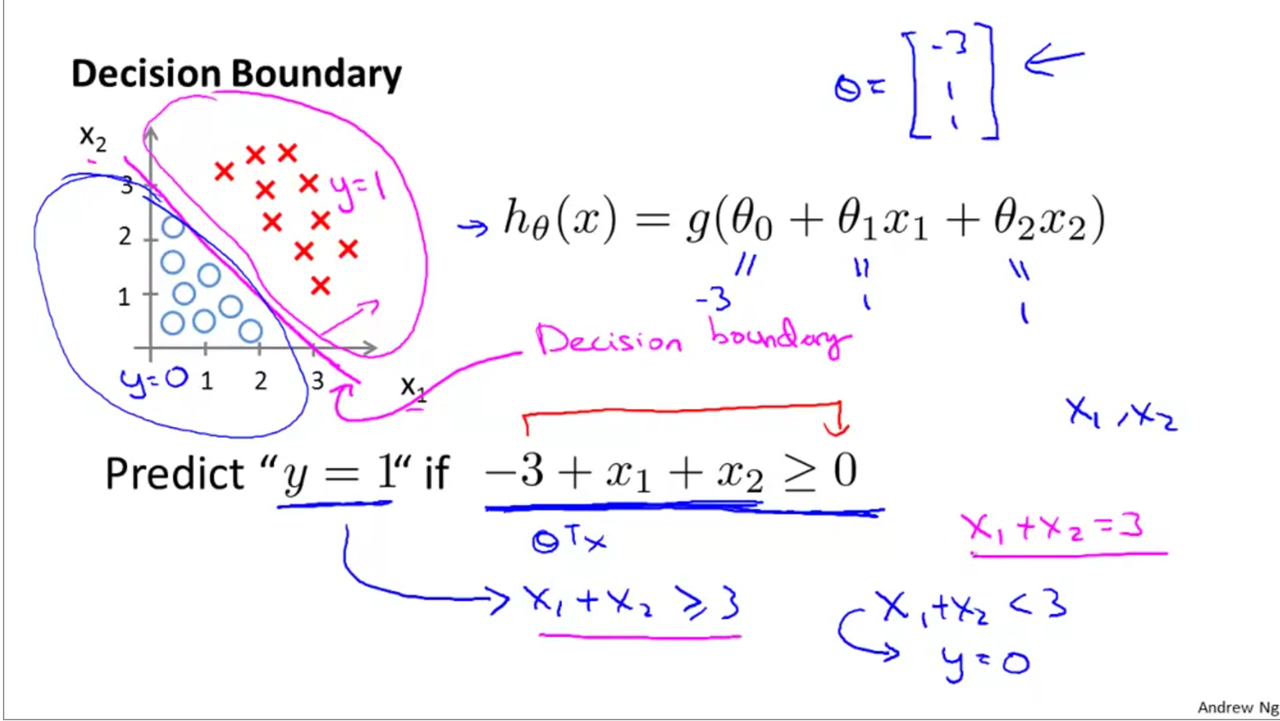 Using this theory, decision boundaries that take complex shapes can be represented using a linear model and can be solved using logistic regression.

The same cost function that we had for linear regression would apply for logistic regression, however, it leads to a non-convex loss function. The GD algorithm would fail to arrive at the global minima. Thus, we derive a new cost function as: 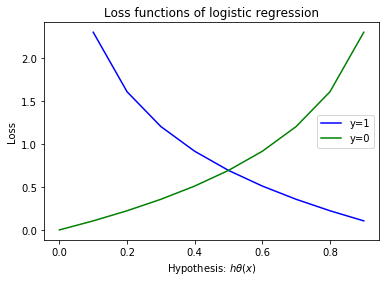 From the graph, when h(x)=1 for y=1, the cost term is 0 (blue line). As predicted class reduces and approaches 0, the cost raises to inf. Likewise, when h(x)=0 for y=0, the cost is also 0. However as the predicted value increases, the cost also increases penalizing the wrong prediction.

Instead of having two equations, the cost term can be simplified into the following:

plugging the cost term in the cost function, we get:

To find the values of $\theta$ at the global optima, we need to differentiate the cost function written earlier. This turns out to be

The above update rule, is just the same we had for linear regression. Thus, GD for linear and logistic regression is the same. What has changed is the hypothesis and the cost functions. A vectorized implementation of GD is

While the most use cases of logistic reg is to predict boolean classes, we can extend it to a multi-class problem using a technique called one-vs-all. 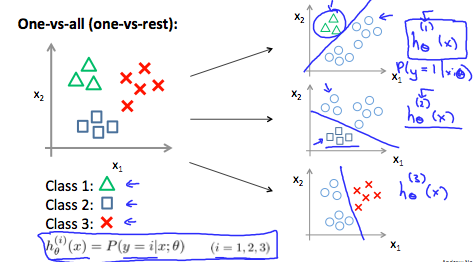 We essentially build multiple models, equalling the number of classes. Each model predicts the probability that given value will fall within the class it is trained to predict. Finally we find the class with max probability and assign it to the prediction.

The MNIST database has 14 million images of handdrawn digits. We work with a subset of 5000 images. Each image is 20x20 pixels. When laid out as a column vector (which is how Neural Nets and log reg algorithms will read it), we get a 1x400 row vector. A sample of 100 images is below:

The weights / theta is a 2D matrix (unlike a vector for simple logistic reg), where each row is the weight vector for a particular class. Since each pixel is considered an input feature and since we have 10 classes to predict, we get theta as $\Theta_{10x401}$ matrix. 401 because we add 1 bias feature to 400 features which is obtained by flattening the 20x20 image into a 400x1 vector.

The full MATLAB/OCTAVE implementation can be found here.