The Gradient Descent offers an iterative method to solve linear models. However, there is a traditional and direct way of solving it called as normal equations. In normal equations, you build a matrix where each record of observation becomes a row (m rows) and each feature becomes a column. You prefix an additional column to represent the constant (n+1 columns). This matrix, represented as X is of dimension m x (n+1). You represent the response variable as a vector y of dimension m x 1. 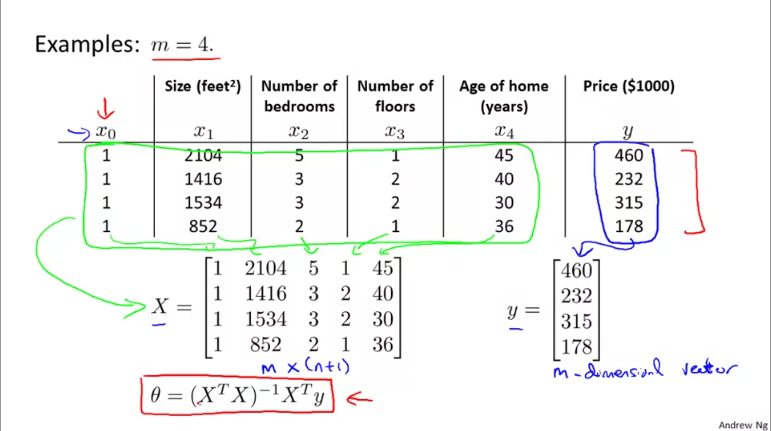 Guidelines for choosing between GD and Normal equation¶