Note: This is a continuation of Gradient Descent topic. The context and equations used here derive from that article.

When we regress for y using multiple predictors of x, the hypothesis function becomes:

The loss function is given by

which you can simplify to

The gradient descent of the loss function is now

Simplifying the partial differential equation, we get the n+1 update rules as follows

The equations above are very similar to ones from simple linear equations.

Impact of scaling on Gradient Descent¶

When the data ranges of features varies quite a bit from each other, the surface of GD is highly skewed as shown below: 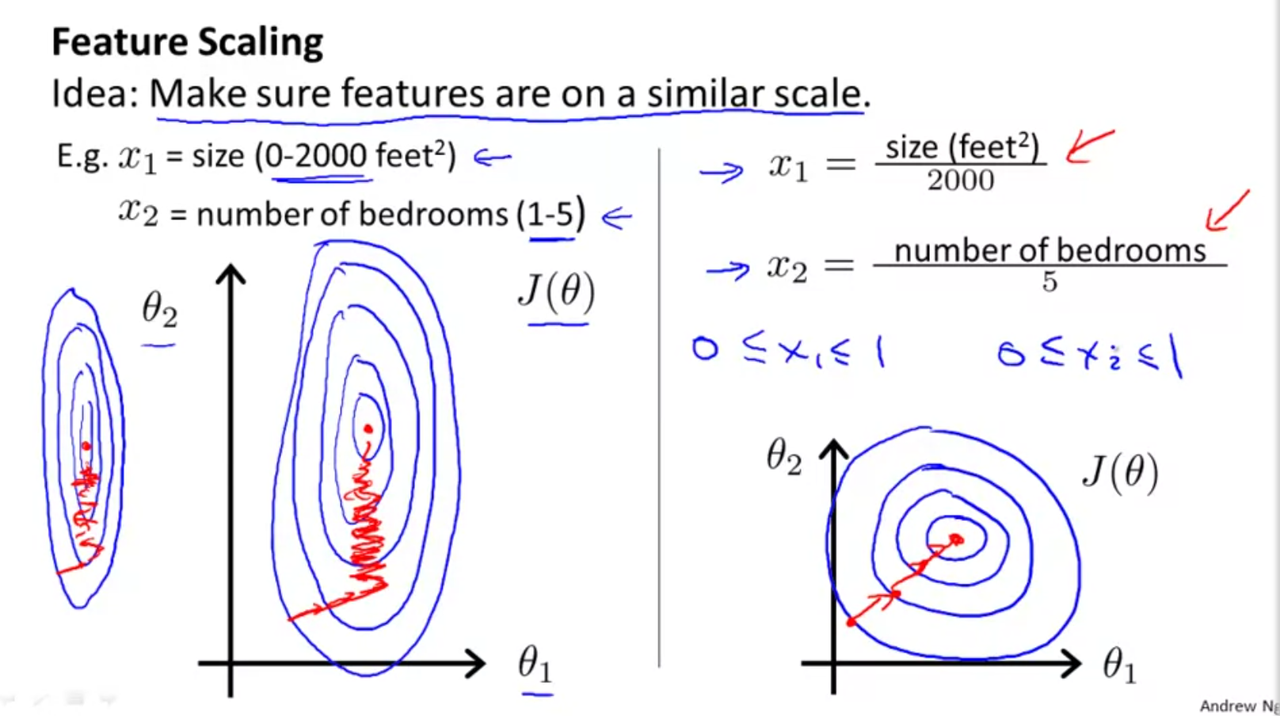 This is because $\theta$ (which is our weights) will descend quickly on small ranges and slowly on large ranges, and so will oscillate inefficiently down to the optimum when the variables are very uneven. When scaled, the surface takes a healthier shape, allowing the algorithm to converge faster. Ideally scale values so they fall within -1 to 1.

Feature Scaling is simply dividing values by range. Normalization is when you transform them to have a mean = 0.

Standard normalization is similar to above, except, s is standard deviation.

The exact range of normalization is less important than having all features follow a particular range.

The general premise is, as number of iterations increase, the loss should reduce. You can also declare a threshold and if the loss reduces below that for n number of iterations, then you can declare convergence. However, Andrew Ng suggests against this and suggests visualizing the loss on a chart to pick LR.

When LR is too high: If you have a diverging graph - loss increases steadily or if the loss is oscillating (pic below), it is likely the the rate is too high. In case of oscillation, the weights sporadically hit the local minima but continue to overshoot. 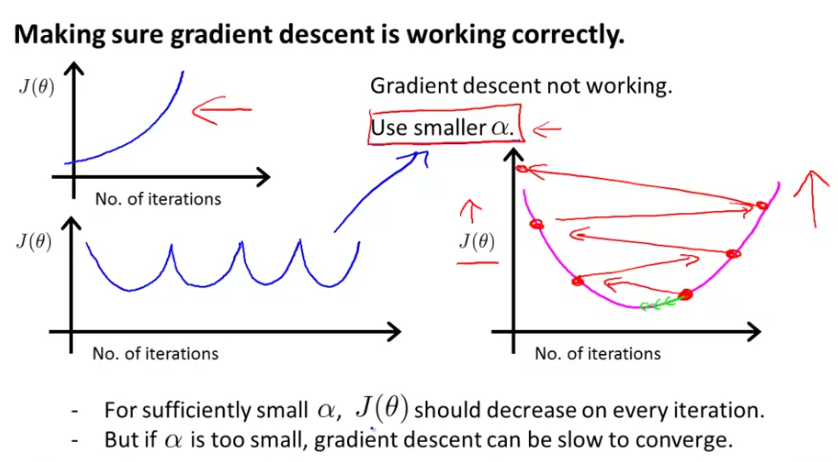 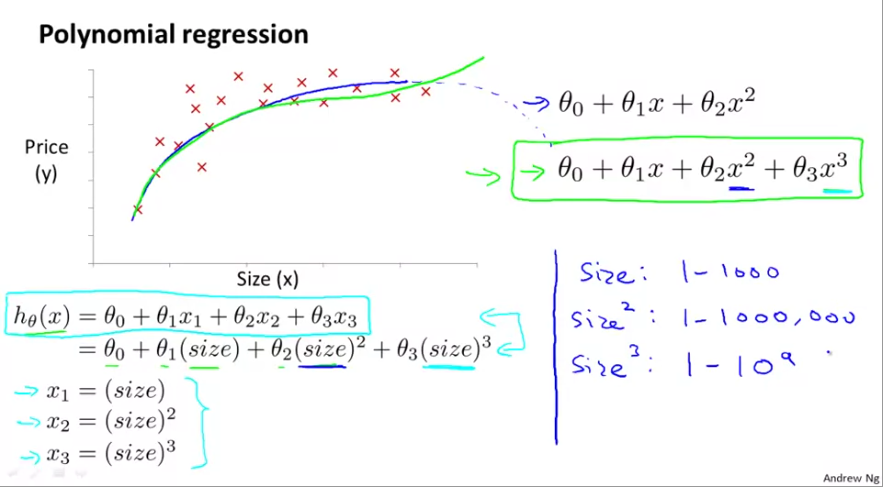 The way to represent non-linearity is to sequentially raise the power / order of the parameter, represent them as additional features. This is a step in feature engineering. This method is called polynomial regression. When you raise the power, the range of that parameter also increases exponentially. Thus you model might become highly skewed. It is vital to scale features in a polynomial regression.