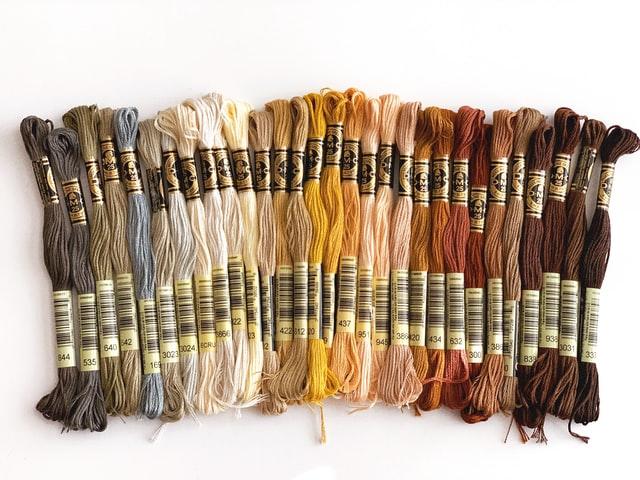 At some point, every Python developer wonders if it’s their program that is slow, or Python that is slow. In most cases, it is their program itself. Although Python gets a bad rap for being slower than compiled languages like C, C++, developers can utilize concurrency and parallelism to see significant gains.

So, what’s the difference between concurrency and parallelism?

It is also relevant to discuss another paradigm in computing called asynchronous (vs synchronous) processing. A program is set to be asynchronous, if does not expect the caller to wait until it finishes execution. Programs accomplish this by providing a jobid for each task which the caller can poll at intervals to know if the task finished or not. Thus, the caller can submit a job to the async program, proceed to do other stuff and then use the result when it really needs it. Thus, even though a calling program may not implement parallelism, it can now run tasks concurrently by using async programming model.

Another way to differentiate concurrency from parallelism is to simply say, parallelism involves threads in different processors, which allows them to execute at the same time, whereas concurrency is multiple threads on the same process, which although are non-blocking, they do not strictly execute all at the same time. However, these threads still individually make progress since the process will cycle through them.

A process is an instance of your program that is being executed. It has 3 elements - the code, the data (variables) used by the code and the state of the process (execution context). Each process has its own address space and don’t typically talk to each other.

Each process can have one or more threads. Threads are lightweight as they share the address space with other threads within the same process and is not treated as a separate entity by the host OS.

Typically, operating systems cycle through threads in a round-robin fashion. The thread that gets to execute is called the main thread. But how long will it be the main thread? In Python, a thread will execute until

after which, the OS will switch to another in its queue before returning back to it.

A thread in Python can be created using the Thread class from the threading module. A thread can be in one of 3 states.

When a thread is created, it just exists, remains in an un-started state. Once you call the start() method, it goes to one of 3 states

The scheduler moves the thread through these states. The thread remains alive until its run() method terminates, upon which, it becomes dead. The graphic below (from Hunt J. (2019)) explains these states quite well.

group is reserved, primarily to be used when ThreadGroup class is implemented. target accepts a callable object (like a method). The run() method of the Thread object will call that that object. name is the name of the thread and by convention takes the form Thread-N where N is a number. args collects the arguments to pass to the callable object and kwargs does the same but with named arguments.

So, a simple example could be:

Typically, when you execute in a separate thread, you will notice the kernel’s main becomes free even if the thread you spawned is still running. For example see this:

See Done got printed before all the dots got printed, which means the execution proceeded right along with the next steps. The worker did not block the main thread.

You can make one thread wait for another using the join() method. If you add a t2.join() after t2.start(), it would wait for the worker to finish and then print Done.

threading.enumerate() will print all the threads that are running:

and threading.current_thread() will print the currently active thread:

You can start multiple threads for the same worker function. Each thread will invoke the function once, but will retain its own local heap space as can be seen below:

In this case, a,d,e are the prefixes each thread chose. As you see in the print, the threads don’t go off in sequence as the prefix arrive mixed in the prints. The same thread never prints in succession, which would mean as soon as the sleep is encountered, the main thread switches to the other threads and so on until each thread has to eventually finish the sleep time.

The operating system reserves the right to schedule your threads. Thus as a programmer, you do not have the ability to deterministically know when your threads will start and finish. However, in real life, you need certain workers to finish before you can proceed to the next step. You establish this using join() methods off Thread objects. See example below:

In the example above, Olivia is the worker thread, on which the main thread waits before proceeding to a certain step. The example also shows how to inherit a Thread class. When doing this, you only override two methods - the constructor and run() which the scheduler will call once the thread is in Runnable state.

Normally, when a program spawns child threads, the program needs to wait until the child completes (that is, if you don’t already have a dependency established using a join()). This may not always be ideal and you might want to kill off the child when the main program exits. You can establish this behavior using daemon threads. Daemon threads are created by passing that parameter to the constructor or by setting the daemon property to True. Once started, you cannot change a normal thread to a daemon thread.

In the example below, if you did not set daemon=True, the child thread would run forever causing the program to never terminate.

The daemon thread is quit abruptly when the main thread terminates. Thus you should be careful what kinds of ops are relegated to a daemon thread. Good options are using daemon for heartbeat, garbage collection, license checks etc.

Multiprocessing is running jobs concurrently on multiple processors or cores. This allows developers to truly use modern compute hardware, allowing tasks to run truly in parallel. This mode of computing is useful in data analytics, image processing, animation and gaming.

Similar to threading, Python provides a multiprocessing module and a Process class. This can be used to run a callable object such as a function in a separate process. Dependency between processes can be expressed using join() methods. Processes created this way are directly managed by the operating system. Processes are much more heavier and take resources to spin up compared to threads. The advantage though is the ability to exploit multiple cores.

group is reserved as in threading and is to be used along with the threading API. target accepts a callable object, which will be invoked by the run() instance method. name is the process name, args accepts a tuple to pass to the called function and kwargs does the same with named args. daemon represents whether the process needs to be run as a background daemon.

Since creating processes are expensive, one option is to reuse processes within a given application. The Pool class represents a pool of worker processes and has methods that allow tasks to be offloaded to these worker processes. A Pool can be created as below:

where processes is the number of workers to use. Default is os.cpu_count(). initializer(*initargs) is used to represent the method to call and its arguments. maxtasksperchild is the number of tasks a worker can complete. If None, the worker will live as long as the pool.

An example of using the Pool is shown below:

Best practice is to close the Pool object after use, so the with as statement is used in the example above. In the example above, only 4 processes were created, but 6 tasks were given. In this case, excess tasks should wait until running processes finish. The map() function returns an iterable, List in this case. Notice: the output order matches the input order despite things running in parallel.

If output order does not matter, then you can use imap_unordered() function instead, which gives you a performance improvement. The above program can be modified as shown below:

Notice the mismatch between input numbers and their squares.

The apply_async() method allows for tasks to be executed asynchronously. This way, the main process can spawn off processes in a pool and continue to progress. The pool will munch the data. Results can be collected through a callback function or by using a blocking get() method.

This concludes the introduction to concurrency in Python. While this article explains the concepts of threads and processes with examples, it is no way close to explaining how to build a program to use these concepts. That is for another part of this article. In the subsequent parts of the article, we will see the need for locks, barriers, synchronization. We will also look into concurrency patterns such as futures and libraries such as asyncio and review their applications.