Computing mindset for the 2010s

Cloud computing took off in the decade of 2010s. Up until then, when people wanted to run an application, they had to buy computers, databases, switches, network, domains, software, hire IT staff to deploy and maintain anything on the internet. This is similar to learning everything about electricity before you can learn to turn on and off the power switch. Cloud computing changed all of this and allowed developers to build things on the internet without having to worry about hardware and networking.

Cloud computing is renting of resources like storage, CPU, GPU from a server farm. You only pay for what you use - time or storage.

We can group compute patterns on the cloud to 3 categories:

Cloud computing is cost effective as there is no up-front infrastructure cost, no fixed rent, no separate electricity or utility bills for your servers.

It is scalable on demand. You can vertically scale by switching to a host machine with more RAM and CPUs or horizontally scale by distributing load to many servers and scaling out.

Scaling can be automatic or manual and can be based off a threshold such as CPU load or traffic per second. Thus, the cloud provider can add more resources during peak times and remove unused resources during down time. This nature of scalling is called being elastic.

Cloud gives the promise of being current - with respect to security patches, OS updates, hardware improvements etc and reliable - as redundancy is built-in by replicating / backing up periodically. This makes it fault tolerant and recoverable from disasters.

All of these happen automatically, in the background, without any interruption to your apps or to the users consuming your apps. Further, cloud makes your app go global as it can replicate content across multiple data centers, allowing for minimal network lag when accessed from across the globe.

On top of all this, cloud is secure as they have some of the best firewalls, anti viruses and dedicated team working to thwart attacks. They are also physically secure as they are remote in secure facilities.

Capital expenditures, such as server costs, storage costs, network costs, backup and DR costs, utility costs are called as CapEx costs. These are typically encountered in the traditional datacenter model and mostly are up-front, but can become recurring as demand changes and technologies shift over time.

The graphic below illustrates how demand and costs change over time. By moving to the cloud, companies can limit both these costs, while maintaining superior experience for the end users. 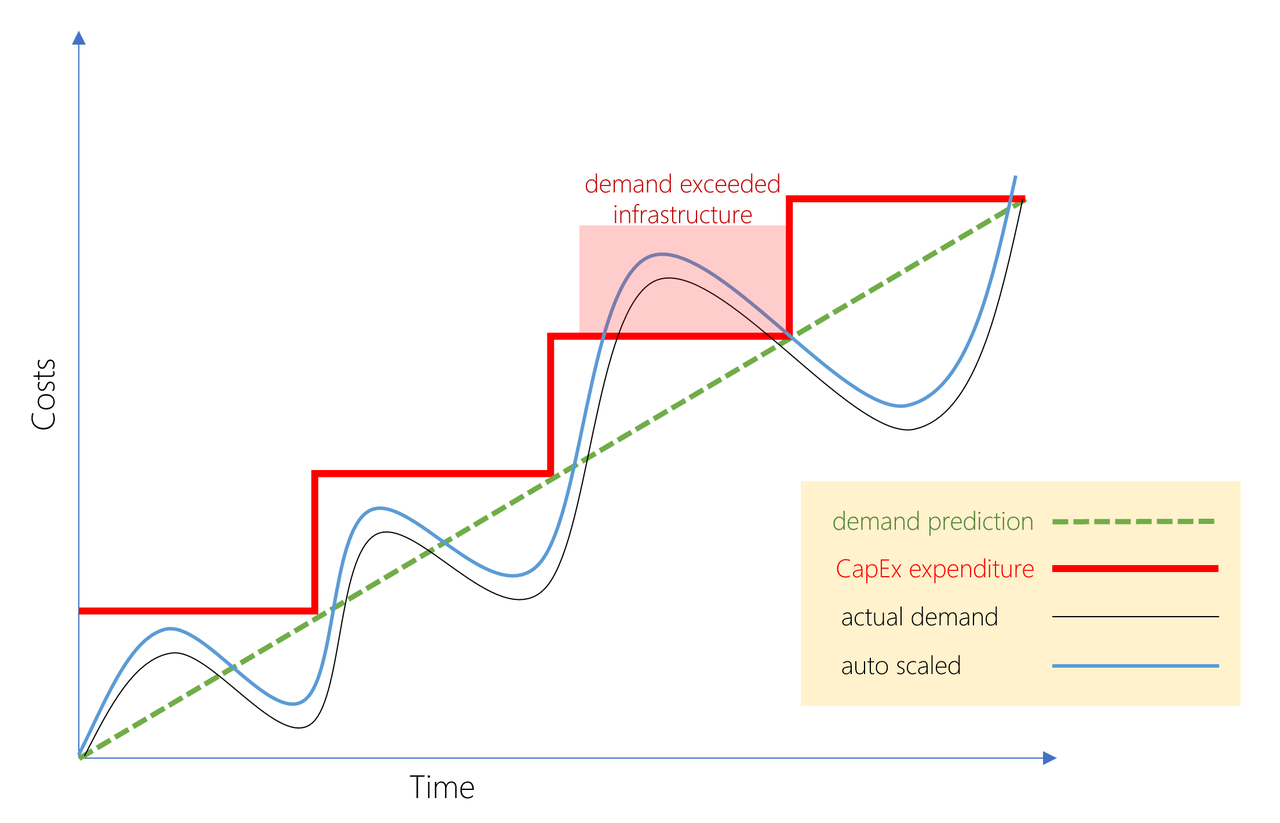 As you thought, each type sits on top of the pervious level, thereby abstracting some level of complexity. The graphic below explains this better. 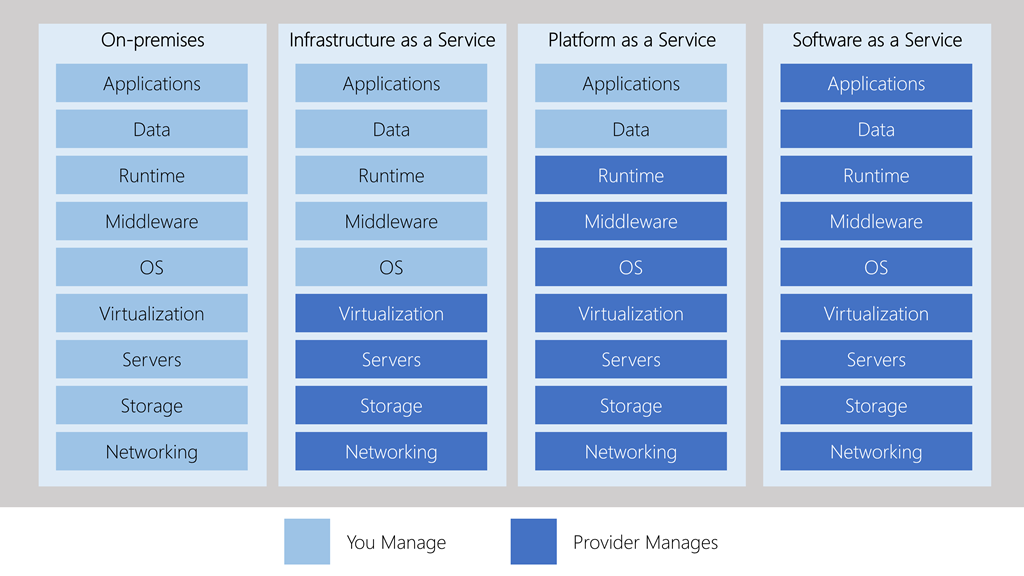 As of this blog, there are a number of cloud providers out there - Azure, AWS, Rackspace, Linode, Heroku, GCC etc. However, AWS from Amazon and Azure from Microsoft are industry leaders and many other cloud providers actually build on top of these providers. To know more about these, checkout my other blogs on this topic.