There is a common myth that to perform deep learning, one needs high compute, GPU enabled devices. While this is true to a degree, when training deep learning models, it is often just as possible to perform inference using simple CPU based architectures in compute and memory constrained environments - such as serverless functions. This blog takes you through my journey of deploying a simple donut vs bagel vs vada classifier as a AWS Lambda function!

Checkout the function at bit.ly/donutornot.¶

At a high-level, this application consists of a deep learning model that was trained using Fastai using a resnet32 backbone and exported as a PyTorch model. The model is invoked by a REST API defined using FastAPI library. The whole service is packaged into a Docker image and pushed up to Amazon’s AWS ECR container registry. This is then used by a AWS Lambda service to create a function and exposes it using an AWS API gateway, which gives a URL to the service. The HTML front-end is created using Jinja2 templating, something that is common and well established when using micro-frameworks like Flask or FastAPI (as in this case).

The picture below shows the technology stack that powers this app. 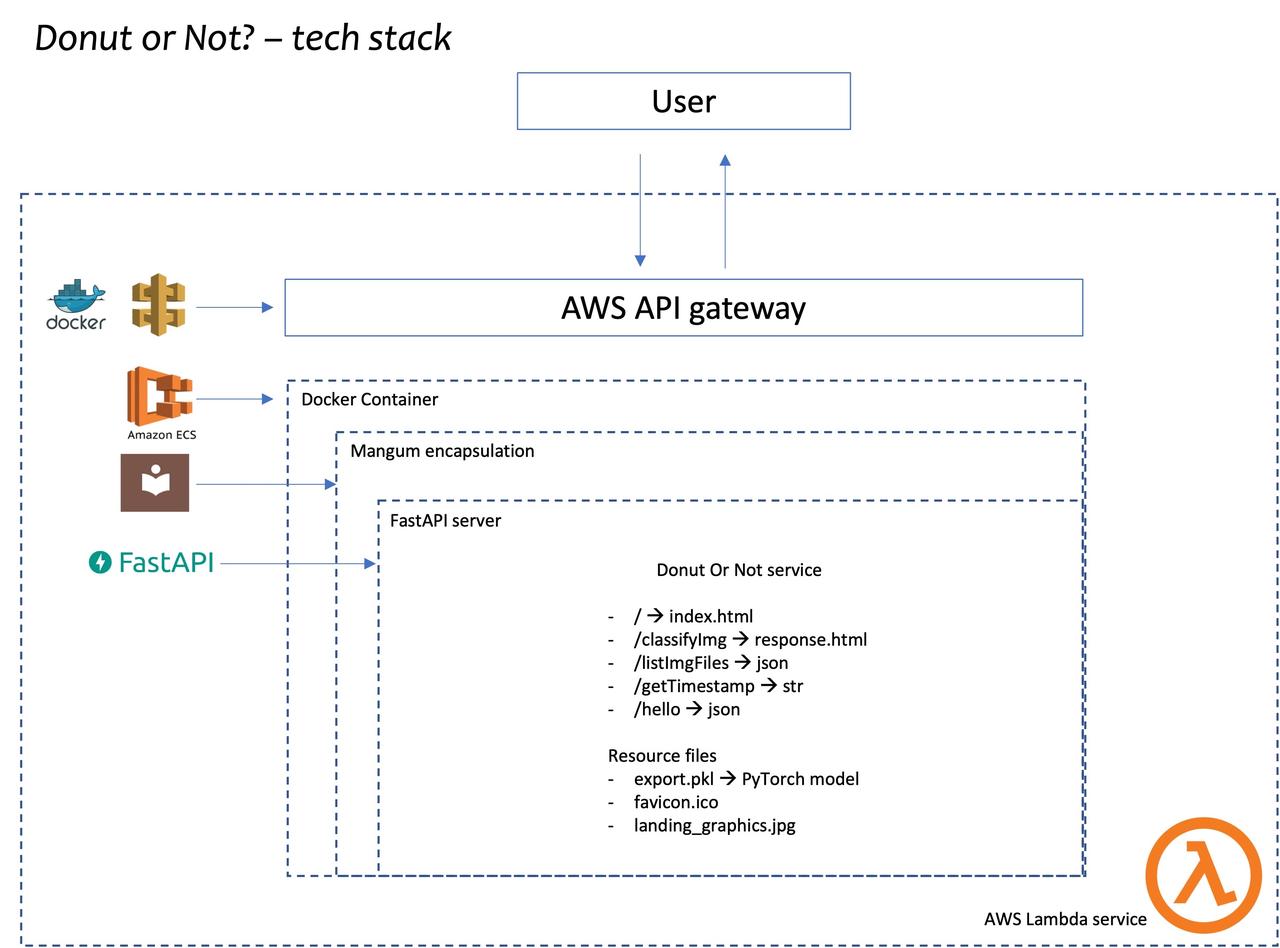 Surprisingly, the training aspects of this model was relatively simpler and predictable. However, it took a lot of reading, trial and error and experimentation to get the serverless application running. The GitHub repo at https://github.com/AtmaMani/donut_or_not has all the set up and deployment information. So, if that’s what you are looking for, please head there.

I wanted to write this blog to share my experience creating this app and also take stock of the current state of things when it comes to serverless deep learning. So, here are some observations.

However, this was a great learning experience and now I have a template to follow, if I were to deploy additional models to production. I have a method to perform deep learning inference via a low-cost, low-maintenance, on-demand manner using serverless cloud infrastructure.

I hope this blog and GitHub repo is useful for others who are attempting to do the same.